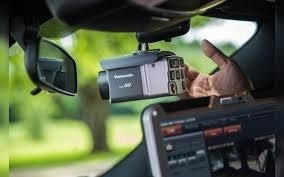 The system deployed consists of a small video camera, wireless microphone and ceiling mounted control console. A VCR recorder is locked in a crash resistant stainless steel vault mounted in the trunk. The system is capable of automatically zooming in on a stopped vehicle registration plate, as the deputy exits the car, then returning to a wide-angle view after a few seconds. Goals in using such a system include documenting incident activity (e.g., DWI Field Sobriety Tests), increasing successful prosecution, increasing the safety of the officer, refuting frivolous complaints, recording a suspect’s behavior and description, and recording and tracking the initial violation and reason for a traffic stop.