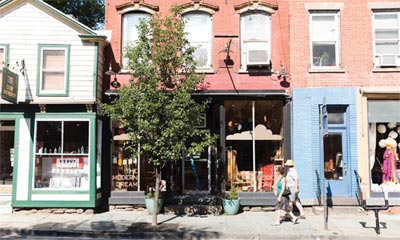 The Hudson River, one of the world’s most iconic waterways, creates Ulster County’s eastern border. Since Henry Hudson’s first exploration in 1609, the Hudson River has been a locus of American innovation: It played a pivotal role in the early colonies’ fight for independence, fueled the nation’s westward expansion and gave birth to both the Hudson River School of American art and, thanks to the efforts of such luminaries as Pete Seeger and Robert Kennedy Jr., the modern environmental movement. Today, Ulster County’s riverside communities are revitalized as more and more people join them. Kingston, the historic heart of Ulster County, is brimming with creative energy. It is home to artists and entrepreneurs, and is quickly becoming a hub for the Hudson Valley’s tech industry. Saugerties is an old mill town with beautiful industrial architecture and a vibrant, eclectic arts scene. Farther south, the Town of Lloyd in Highland is the entry point for many coming to Ulster County from the east. Sitting at one end of the Walkway Over the Hudson, it attracts millions of visitors every year. Marlborough is a charming small town surrounded by verdant, rolling hills, acres of farmland and orchards, and several exceptional wineries. The Town of Ulster is known as the “Business Hub” of the county, though it’s also characterized by several quiet hamlets and residential neighborhoods. To the south and west, respectively, of Kingston, the Towns of Esopus and Hurley offer outdoor recreation, historic attractions and a number of picturesque neighborhoods, hamlets and villages within their borders. 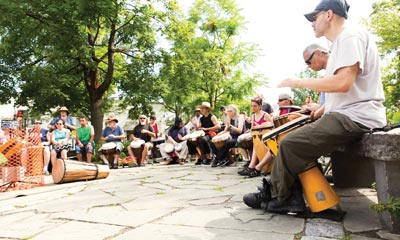 Ulster County’s towering Catskill Mountains offer breathtaking scenery and incredible views. Small, charming towns like Phoenicia and Shandaken—and the lightly populated westernmost communities of Denning and Hardenburgh—are popular for four-season outdoor recreation, with easy access to some of the best hiking, skiing, mountain biking, fishing and kayaking in the Northeast. The demand for pure, clean drinking water for New York City inhabitants changed the course of history for the Town of Olive: The Ashokan Reservoir now divides the sprawling town into hamlets that border the shoreline of the massive handmade dam and its forever wild Catskill forest lands. At the foot of the Catskill Mountains lies Woodstock, world-famous for nurturing the creative spirit of American icons like Bob Dylan. Today, Woodstock remains a cultural hub for artists and musicians. It hosts the Woodstock Film Festival, a yearly celebration of independent film frequented by A-list actors and film industry veterans in a casual, down-to-earth atmosphere, and Woodstock Bookfest, an annual gathering of aspiring writers, book lovers, publishers, agents and award-winning authors. 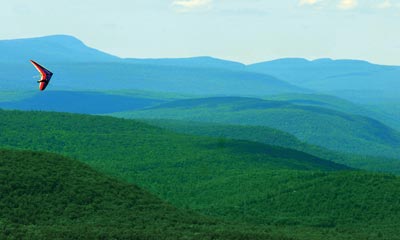 The Rondout and Wallkill Valleys

The beautiful Rondout Creek and Wallkill River valleys cut a corridor from the Hudson River to Ulster County’s southwestern borders. Charming, historic towns like Stone Ridge, High Falls and Accord punctuate acres of rolling farmland. The Village of Ellenville is primed to become one of the region’s economic drivers due to the Ellenville Million, a funding initiative from the County Executive’s office. This infusion of funding is helping to jumpstart local development and investment, and includes funding for businesses looking to expand or relocate to the area. Real estate is already very affordable and, with the added incentives, there’s never been a better time to invest in Ellenville’s future. 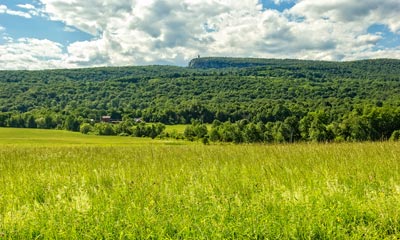 The breathtaking Shawangunk Ridge has given inspiration to the area’s residents for centuries. New Paltz, a colorful college town with some of the region’s best restaurants, sits at the base of the ridge. S.U.N.Y. New Paltz is an economic driver for the region, and has received national attention for the quality, breadth and affordability of its academic programs—not to mention its innovative 3-D Printing Center. Rosendale is a quaint and charming small town with an active community. Further south, Gardiner has become a hub for craft beverages, with several wineries and Tuthilltown Distillery, the first new whiskey maker to open in New York State since Prohibition.