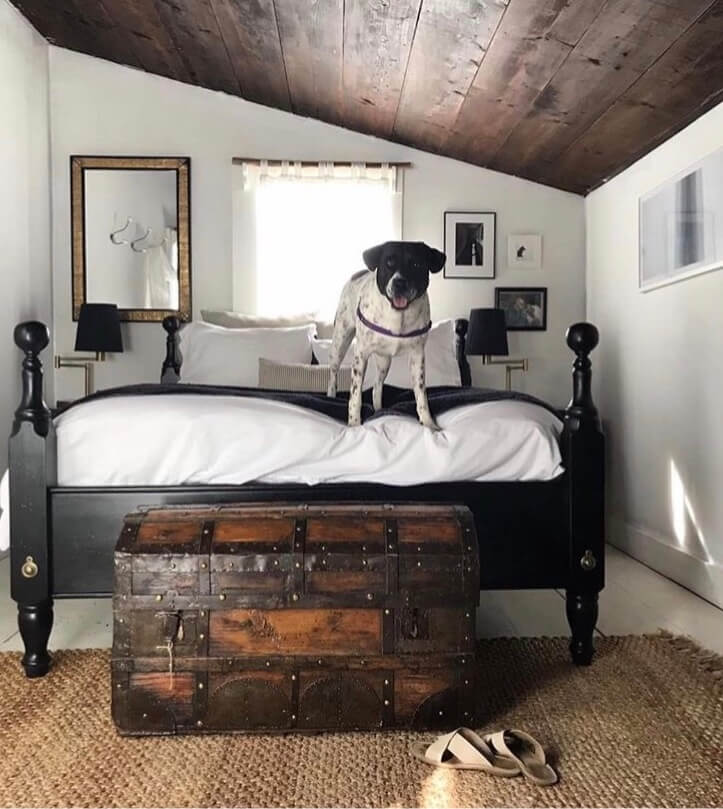 With rents and home prices rising in New York City, residents looking for cheaper options have found it in the Hudson Valley. In towns like Saugerties, New Paltz, Wallkill and Kingston, city folk have found more affordable living (median home price is $220,000) only two hours from Midtown with nearby Amtrak, MetroNorth and direct buses. 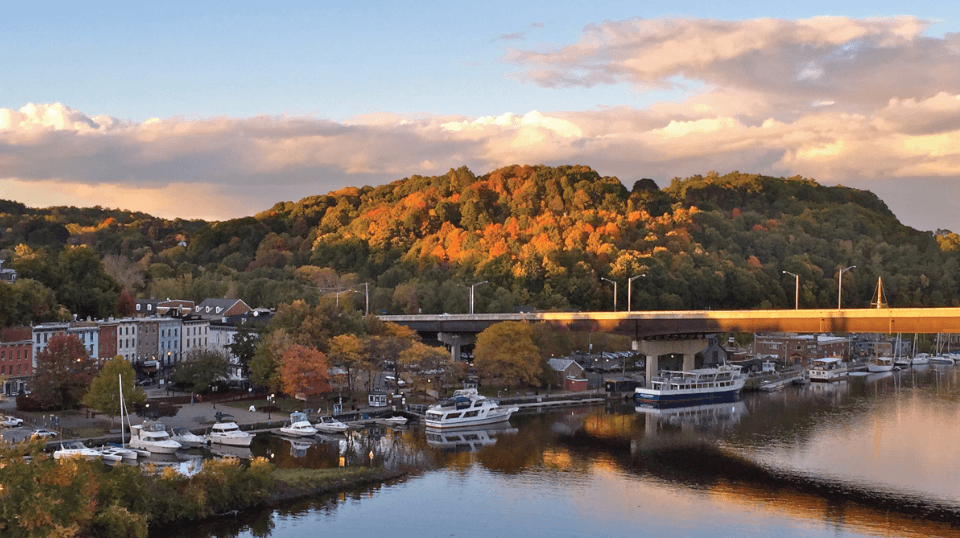 They’ve also found business opportunity. Key employers like Markertek (audio visual suppliers) and Exago (software) as well as start-up incubators, meetups, and a 3D printing center on the campus of SUNY New Paltz have been drivers of the region’s tech industry. Filmmaking thrives too. Since 2000, more than 500 productions have been filmed here, including “The Dead Don’t Die” (which opened the 2019 Cannes Film Festival), “Avengers: Endgame,” “A Quiet Place,” and HBO’s “I Know This Much is True,” starring Mark Ruffalo.

Niche manufacturing and craft food and beverage have attracted many expats, aided immeasurably by the Ulster County Office of Economic Development, which helps entrepreneurs with site selection, securing funding, and lowering the cost of doing business.

The best way to learn about Ulster County is from the experiences of New Yorkers who have made the move and opened businesses, like these three couples:

Doug and Sally were living in Crown Heights when their daughter was born. The commute to midtown plus the hours at both of their jobs — Doug is a lawyer and Sally was working in retail design — were just too much to consider with kids. 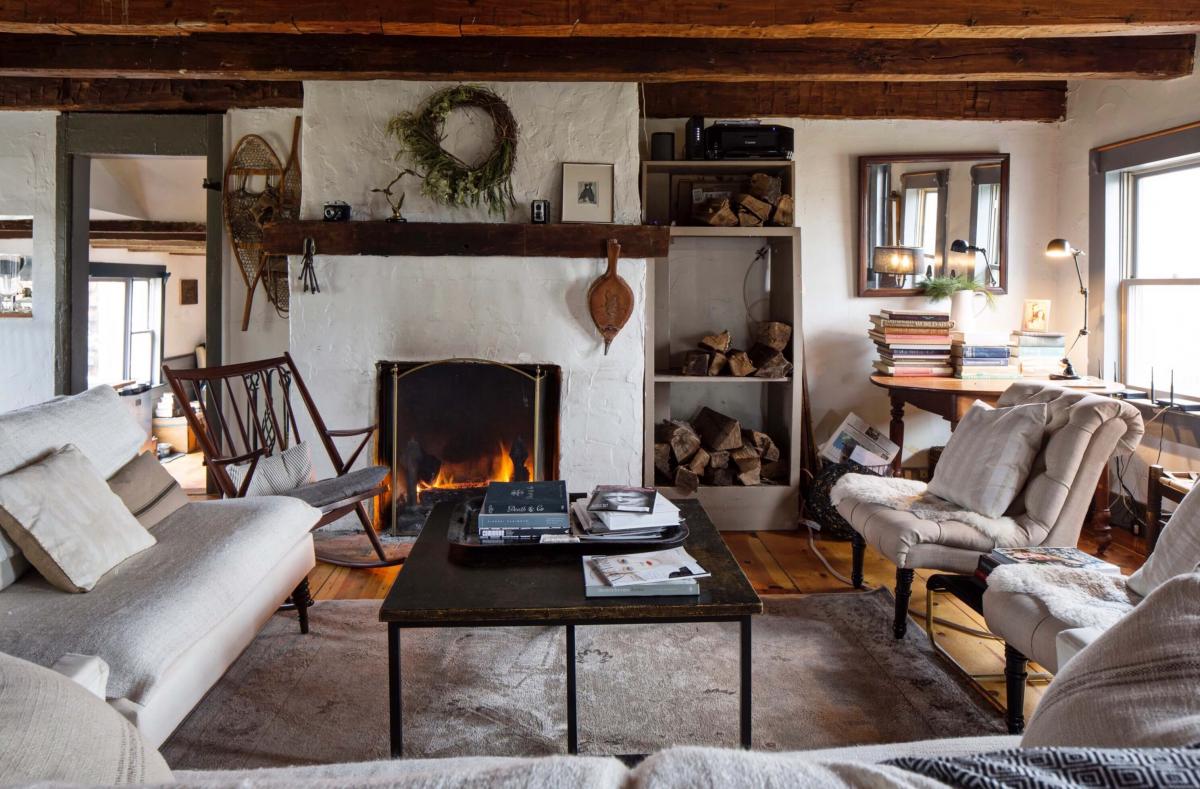 The Poseys first looked in Milford, Pennsylvania and Connecticut.

“We couldn’t see how the addition to our family would fit into the picture,” said Doug. “We worked so much.”

The couple looked around Milford, Pennsylvania and in Connecticut — anywhere within a couple of hours drive from the city — but their interest was piqued when they found a listing for Audrey’s Farmhouse, a bed and breakfast in Wallkill. “That was it. There was just something really special about the farmhouse.”

No one told them that innkeeping was going to be just as much work, if not more. “But we get to do that work in a beautiful setting, with our dogs and babies in tow, and on our terms. That’s what the move to Ulster County was about for us. Building a lifestyle that’s sustainable for us and nurturing for our young family.” 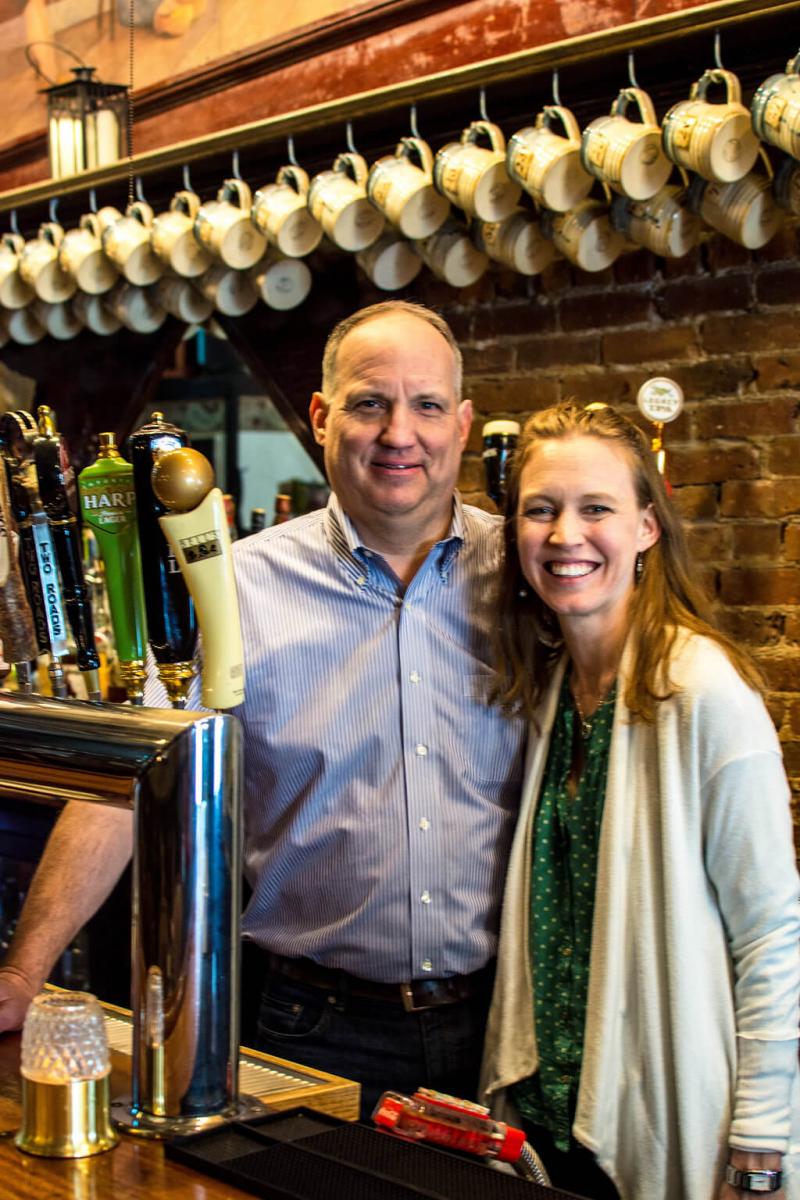 Dallas Gilpin and husband Ted were looking for a weekend getaway and found in Saugerties a home for life. “We were struck by how quaint the village is and its wonderful shops and restaurants,” said Dallas.

“Many other areas felt either too far from the city or far from a village, or too isolated, or did not offer the community feel we wanted. Other areas felt too much like the city.”

They’re close to the mountains, right on the Hudson river where they keep a boat, and are close to the thruway (Ted commutes to the city two hours each way daily).

“Our children get to run around in the beautiful countryside,” said Dallas, “and have access to hiking and boating and skiing and good food and an amazing diverse community.” 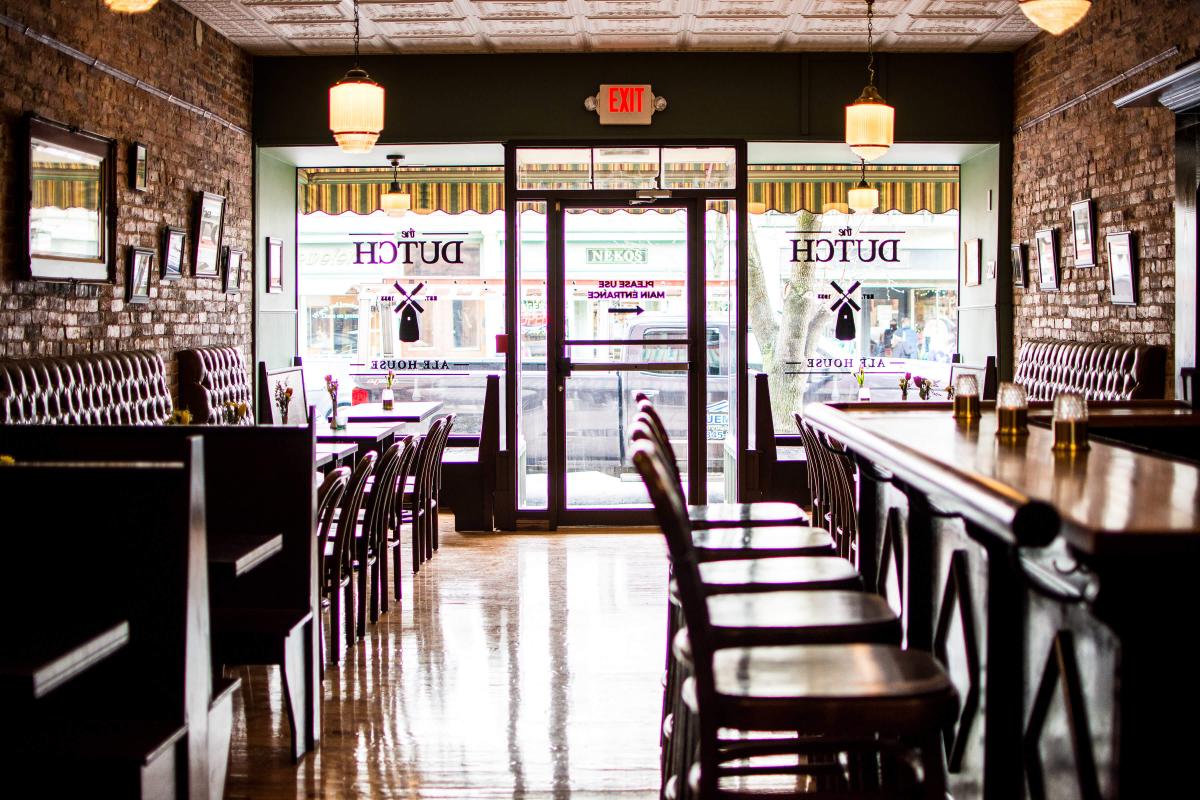 The Ale House sources much of its beer from local manufacturers.

They fell in love with The Dutch Ale House, a prohibition-era tavern on the main business strip. When it was put up for sale they jumped on the opportunity. “Skiers, hikers, horse riders, and weekend getaway folks are important to most businesses in Ulster County and we are fortunate to have them come enjoy our very local special gem,” said Dallas. The Ale House sources much of its beer from local manufacturers such as Arrowood and Keegan Ales, as well as its desserts.

“The county and community and other local businesses have been so supportive,” said Dallas. “We feel as residents and business owners we have the very best of everything here!

Amanda and Anthony, owners of Rough Draft bar/bookstore in Kingston, had lived in Brooklyn for 10 years and were ready to live closer to nature. 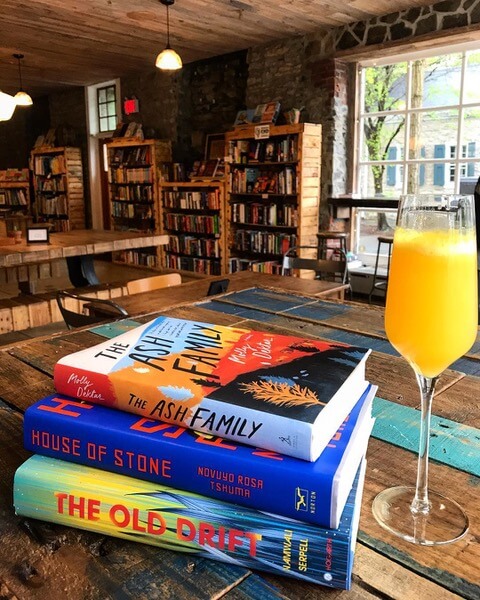 As avid campers, they knew Kingston as the place where they got off the New York State Thruway and started West on 28 on their way to a campground. One rainy weekend they stayed the night at a cheap motel in Kingston.

“We found ourselves uptown in this charming, quirky, walkable neighborhood we didn’t know existed — old buildings, the murals, and a great small-town feel,” said Amanda.

They loved that Kingston was affordable and that it didn’t have an independent new bookstore.

Running Rough Draft, which is actually three businesses in one (bookstore, coffee shop, bar) is time consuming, and they still spend most of their waking hours working or thinking about work. 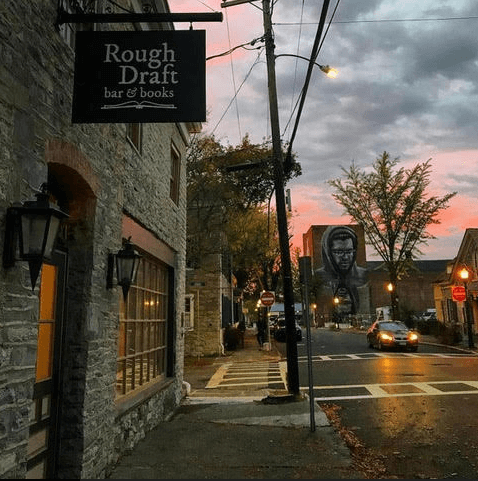 “But we make sure to spend some time every week enjoying the other things we moved here for: We walk our dog in Forsyth Park, or we drive out to Onteora Lake for a quick hike or kayak. We run and bike on the nearby rail trails, and we spend our days off hiking and visiting local breweries.”

They thought they’d miss a lot about the city — favorite coffee shops and restaurants, nearby Prospect Park, the convenience of the subway, and all of the interesting people one meets.

“We’ve found new favorite places here,” said Amanda. “We’re surrounded by nature, we can walk to work and pretty much anywhere else we need to go, and we still meet tons of fascinating, inspiring people every day. Our life here is very different than it was in the city, but there’s a lot about it that’s very similar, as well.”