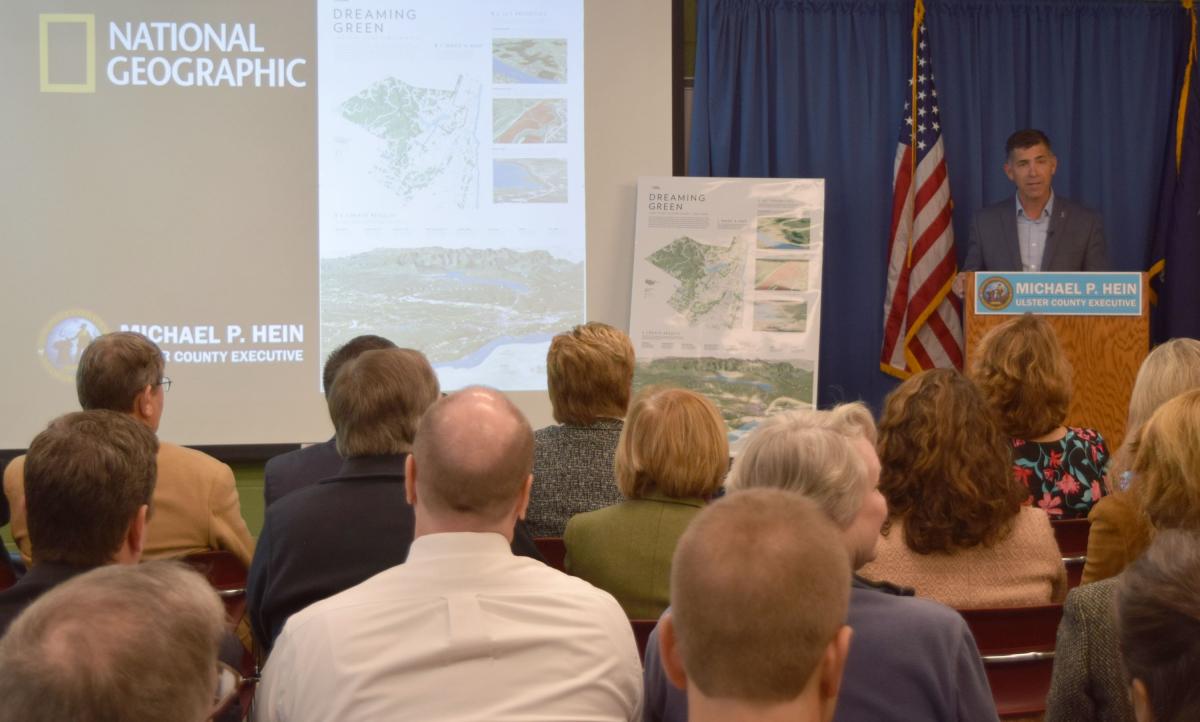 Kingston, NY- Ulster County Executive Mike Hein is proud to announce that Ulster County has been selected by National Geographic and will be prominently featured in the magazine’s December 2016 issue on newsstands at the end of the month.  Ulster County is the featured supplement - a beautiful pull-out, full color map entitled “Dreaming Green” that highlights some of the County’s environmental achievements.  National Geographic is a leading authority on geography, history and world culture.  The acclaimed magazine has been continuously published since 1888, is circulated world-wide in 40 different languages and is read by 6.7 million people every month.

“The fact that Ulster County is featured in such an iconic and globally significant publication as National Geographic is extraordinary for our community, humbling for my administration and a source of great pride for everyone involved in our environmental initiatives,” said Ulster County Executive Mike Hein.  “I firmly believe that we have a fundamental obligation to protect our pristine environment for all our citizens as well as for future generations.  The work my Administration has done in conjunction with our many partners, especially the Ulster County Legislature, has helped deliver responsible environmental stewardship as the only net carbon neutral county in the State plus the highest concentration of municipal electric vehicle charging stations and the purchasing of all our electricity from renewable sources.”

“Anyone who lives in Ulster County already knows about the beauty of our pristine environment, and this recognition from National Geographic is proof positive that others across the country are becoming aware of just how remarkable a place Ulster County is as well,” continued County Executive Hein.  “There is no doubt that this amazing recognition will positively impact our $533 million tourism industry.  While the acknowledgment from the magazine is deeply appreciated and my administration is proud of our environmental accomplishments, there are still more exciting projects underway such as a utility scale solar  array that is going to be built on approximately eight acres at the former landfill site and will supply an estimated 20% of the county governments electricity, and the creation of a world-class interconnected rail trail system that will link the Walkway Over the Hudson to the breathtaking views of the Ashokan Reservoir.”

Amanda LaValle, Coordinator of the Ulster County Department of the Environment

Some of Ulster County’s environmental initiatives:

Some of the environmental awards received by Ulster County include: 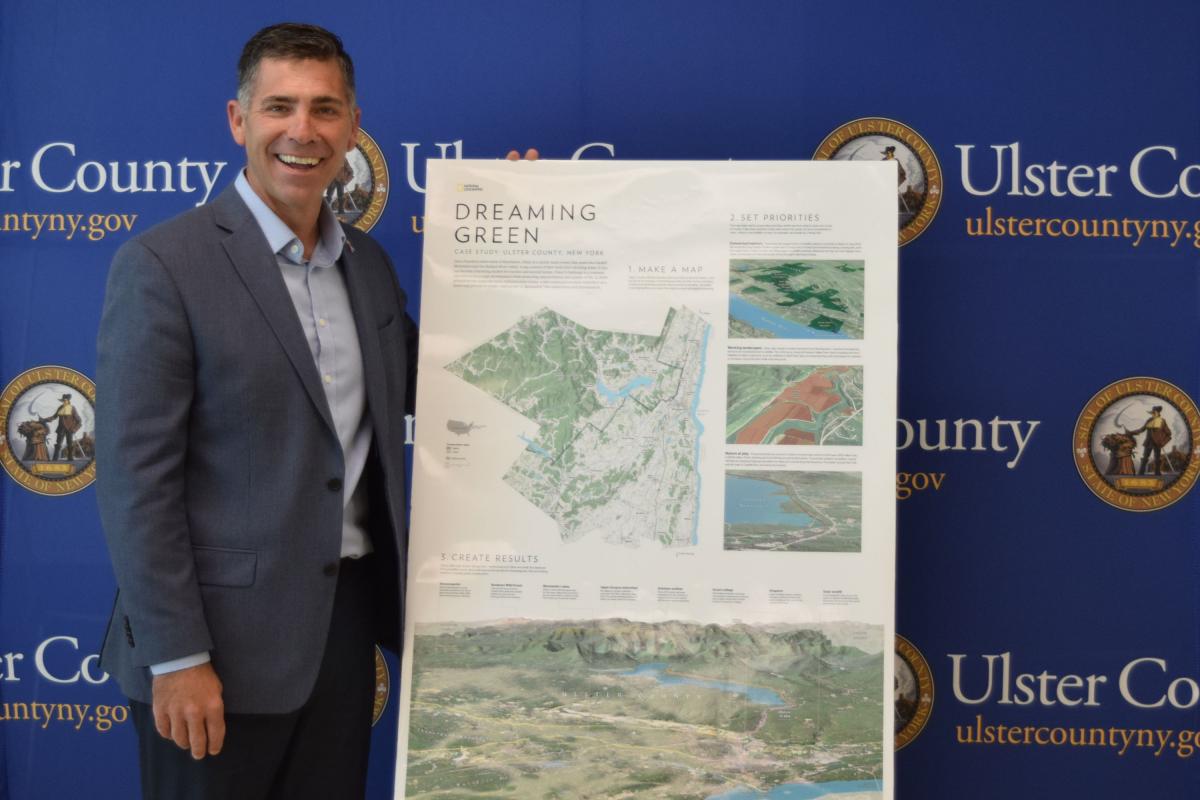