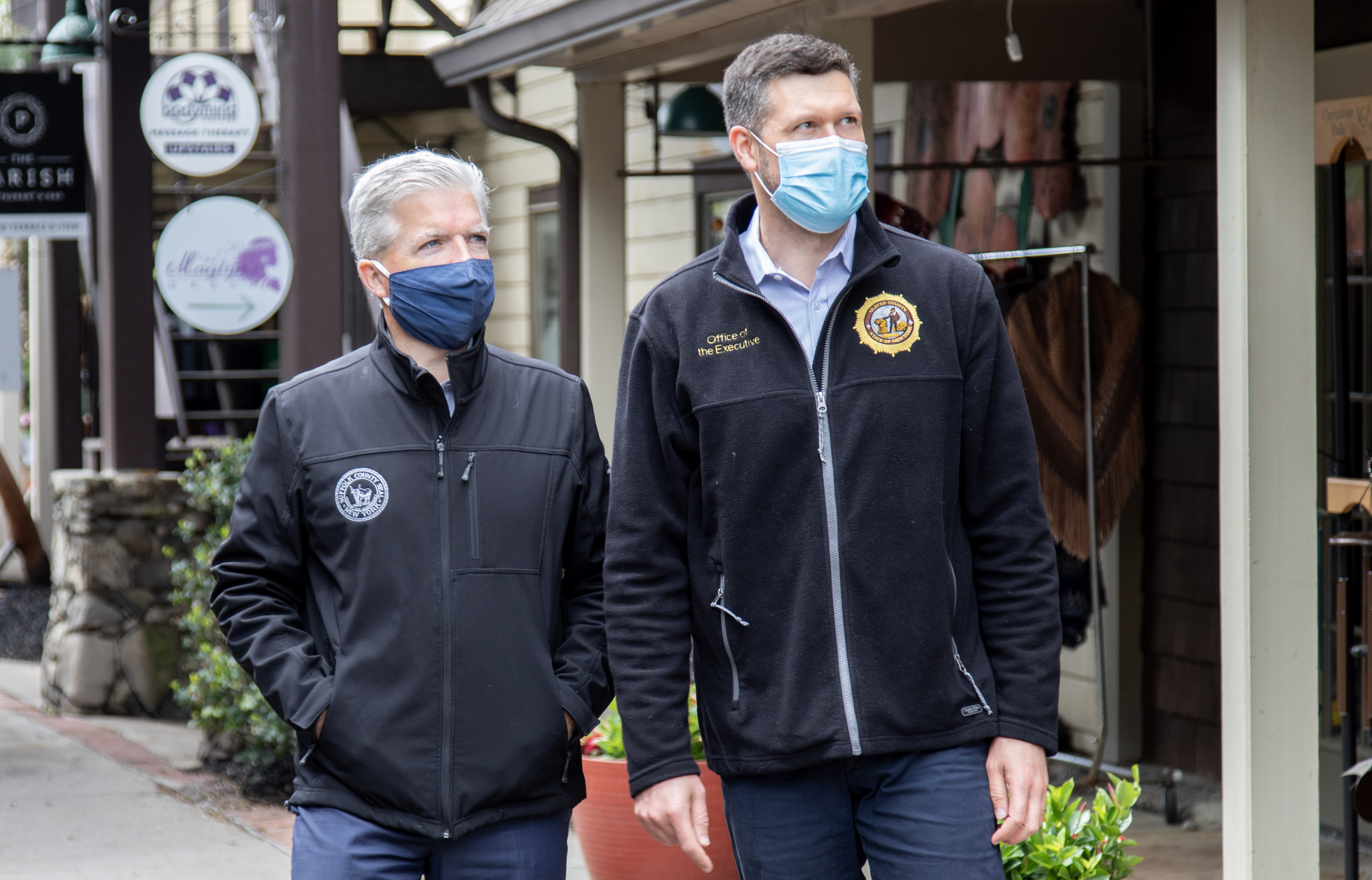 NEW PALTZ, NY  - Today, Ulster County Executive Pat Ryan joined Suffolk County Executive Steve Bellone to discuss restoring tax deductibility for New York homeowners who have been negatively impacted by the federal SALT tax law that limits their state and local tax deductions. This meeting was part of a coalition of County Executives from the Lower Hudson Valley who have formed a partnership to call on federal representations to support full SALT restoration. In Ulster County, there have been a total of 86,590 tax returns filed of which 30,420 would qualify for SALT. Statewide, over 3 million New Yorkers have filed for SALT deductions worth more than $73 million.

“The SALT cap hurts Ulster County homeowners, small business owners, and our regional economy,” said Ulster County Executive Pat Ryan. “Thank you to County Executive Bellone for your leadership on this issue, and I look forward to our continued partnership in pushing Congress to restore these vital tax deductions.”

“Washington effectively took money out of families pockets here in order to deliver tax cuts around the rest of the country,” said Suffolk County Executive Steve Bellone. “It is unjustified and has a real impact on families and all of New York and our ability to provide the services that we need. We are building a suburban coalition around New York State and working with great County Executives like Pat Ryan. As we come out of the pandemic we need to do everything we can to strengthen families and put more money in people's pockets and that is what getting rid of the SALT cap will do.”

The SALT deduction cap also falls disproportionately on a handful of states, requiring them to pay for the share of the 2017 tax cuts for corporations and individuals nationwide. Compounding the damage of the SALT cap is that funding formulas to support federally mandated programs like education, public health, and safety, maintaining critical infrastructure, implementing and monitoring environmental and labor laws are often based on the overall wealth of individual states.

The federal Tax Cuts and Jobs Act of 2017 capped the amount that homeowners could deduct on their state and local taxes to $10,000, or $5,000 for married taxpayers filing separately. Prior to the new federal tax law, SALT deductions were not capped, therefore resulting in an effective tax increase for working families on Long Island, in the Hudson Valley, and across New York State.