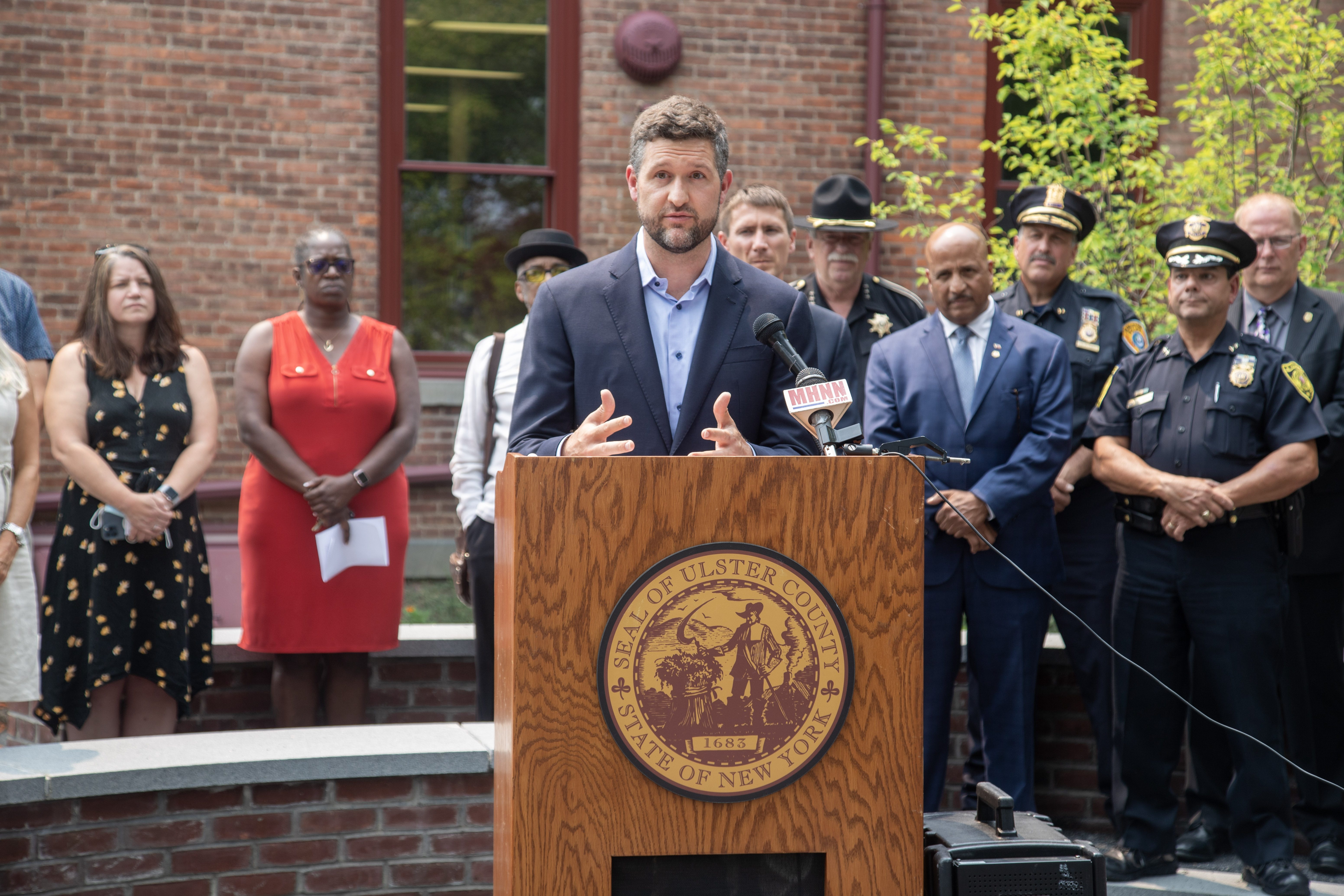 AVERT, a first-of-its-kind partnership between the Ulster County Sheriff’s Office, the Ulster County District Attorney’s Office, and the Kingston, Ellenville, New Paltz, and Saugerties Police Departments will be dedicated to preventing gun violence and curbing violent crime in and around Ulster County

The AVERT unit is comprised of detectives, officers, social workers and mental health experts from the County and partner agencies will work with community and faith leaders to proactively address the surge of violent crime in Ulster County

The AVERT unit will initially consist of detectives, officers, and County social work and mental health experts. Additionally, they will partner with community leaders and mentors as well as offer needed services to combat violent crimes, get illegal guns off of the streets, and divert at-risk youth to appropriate resources and programs.

“We must end the escalating cycle of violent crime in our City and in our County. AVERT will tackle this urgent challenge head on, taking an innovative and proactive approach to ensuring public safety,” County Executive Pat Ryan said. “We all agree this cycle of tit-for-tat violence and crime is unacceptable, and today we’re taking a major step forward - as a community - in our efforts to bring it to an end. AVERT will empower and work with our community members and leaders to de-escalate violence, stop the flow of illegal guns into our streets, and offer alternative paths to our youth.”

“By partnering with County Government, our mental health partners, the District Attorney’s Office, and other policing jurisdictions, AVERT will allow us to redouble our efforts to curb gun violence,” Kingston Mayor Steve Noble said. “Using an evidence-based approach to remove illegal weapons off our streets, this program will help prevent the next violent act. I want to thank our County Executive Pat Ryan, Sheriff Juan Figueroa, District Attorney Dave Clegg and Kingston Police Chief Egidio Tinti for believing that we can think outside the box to reduce violence. I am proud to work alongside these leaders to ensure that our community has the support and resources to turn the page on this terrible chapter in our city and our nation’s history.”

In March, County Executive Pat Ryan convened elected officials and religious and community leaders to discuss and outline a community-wide action plan in response to the recent surge of gun violence in the City of Kingston and Ulster County. In addition, he announced that the county was launching a new Lights On Kingston youth program along with $240,320 in funding to be dedicated for Ulster County to participate in the Gun Involved Violence Elimination (GIVE) initiative, which works to reduce gun violence and save lives in communities with high rates of firearm-related violence across the state.