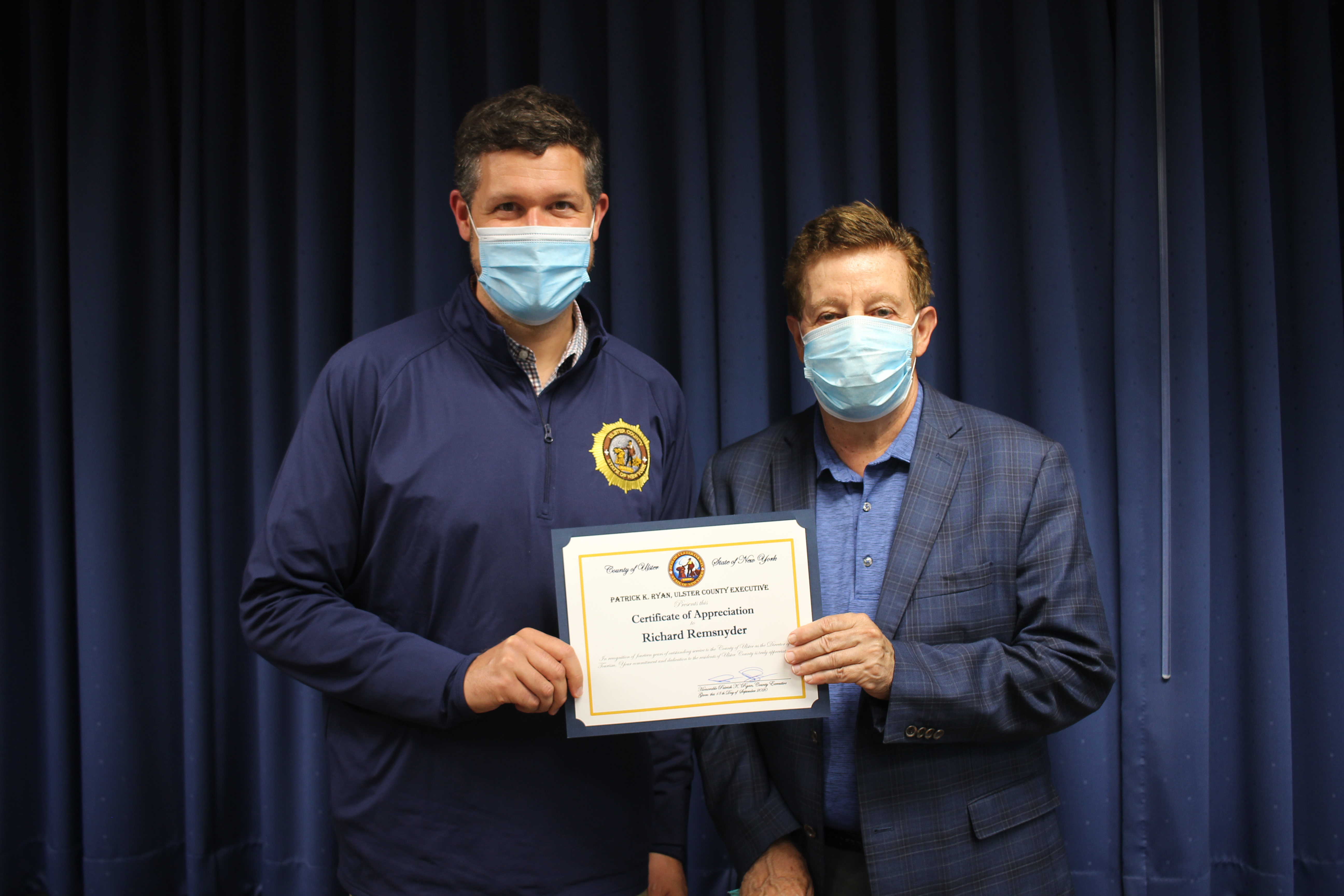 Rick Remsnyder served as the Director of Tourism for 14-years; under his leadership the county’s tourism industry has grown dramatically, with more than 5.4 million visitors annually

Kingston, N.Y. – County Executive Pat Ryan announces that after a distinguished career in public service, Director of Tourism Rick Remsnyder has announced his intention to retire. Remsnyder has served the people of Ulster County for more than 14-years.

“I want to thank Rick for his 14-years of service and his dedication to Ulster County,” County Executive Pat Ryan said. “During his tenure, Ulster County made significant strides in expanding our tourism industry by highlighting many of the features that make us all proud to live here. His work on behalf of the county will be surely missed and I wish him all the best as he enters the next phase of his life.”

“It has been an honor and a privilege to have served as Ulster County’s tourism director for the past 14 years,” Rick Remsnyder said. “I want to thank County Executive Pat Ryan for giving our team the resources and strong support necessary to spread the word that Ulster County is one of the world’s top destinations. I’ll particularly miss working with everyone in the tourism and hospitality industry who have worked tirelessly to make our county such a great place to visit, work and live.”

Under Remsnyder’s leadership, the county’s tourism industry has grown dramatically, with more than 5.4 million visitors annually, spending more than $654 million in 2018 and supporting more than 10,000 jobs. Tourism spending in Ulster County increased each of the last nine years and is up over 50 percent during that time. During his tenure, Ulster County Tourism has garnered numerous awards and recognition, including being honored in 2018 and 2019 with a Gold Service Industry Advertising Award (SIAA) for the best travel guide in the country along with four nationally recognized Telly Awards for videos in the Travel and Tourism industry.

Prior to being hired as Ulster County Tourism Director, Remsnyder spent five years as the marketing director and director of golf promotions at the 700-room Nevele Grande Resort in Ellenville. He previously worked as a sports writer and columnist for the Journal News in White Plains, a newspaper with a circulation over 200,000. He covered the PGA Tour for 10 years, covering all four majors just when Tiger Woods was launching his career. He was also a reporter for the Daily Freeman and the Times Herald-Record. In retirement he hopes to play more golf, travel and continue to write.