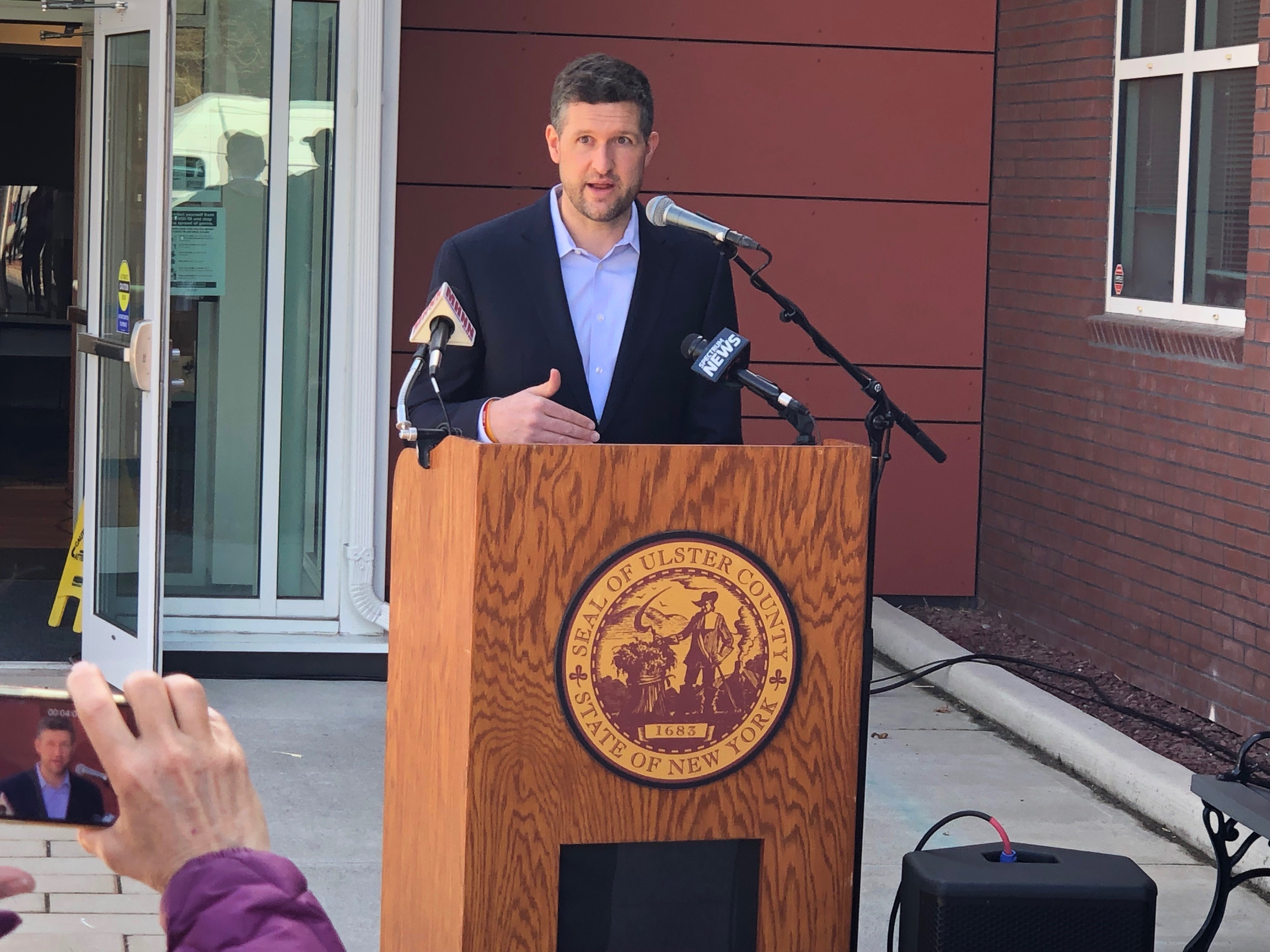 County Executive Ryan announces $240,320 in New York State funding allocated for Ulster County to participate in the Gun Involved Violence Elimination (GIVE) initiative, which works to reduce gun violence and save lives in communities with high rates of firearm-related violence across the state

KINGSTON, N.Y. -  County Executive Pat Ryan convened elected officials and religious and community leaders to discuss and outline a community-wide action plan in response to the recent surge of gun violence in the City of Kingston and Ulster County. In addition, he announced that the county is launching a new Lights On Kingston youth program along with $240,320 in funding to be dedicated for Ulster County to participate in the Gun Involved Violence Elimination (GIVE) initiative, which works to reduce gun violence and save lives in communities with high rates of firearm-related violence across the state.

“Enough is enough, it is time for us to take a stand against gun violence and provide our community with action-oriented solutions to end this epidemic of violence,” County Executive Pat Ryan said. “As we continue to navigate through the pandemic, it is even more important for us to partner with the community to find safe after-school programing for our youth and put real dollars behind taking guns off of our streets. Ulster County is prepared to do just that, we can not allow the cycle of violence to continue unchecked.”

“As the Commissioner of Human Rights, along with the Human Rights Commission, we denounce any and all acts of violence,” Ulster County Human Rights Commissioner Tyrone Wilson said. “It is time to put the guns down and it is time to start healing. Our innocent children, and too many in our community are paying a price from senseless violence. The Lights On Kingston program will be one of our first steps in proving a safe environment for our youth in our community. I want to thank the Kingston School District, the City of Kingston, and County Executive Ryan, for coming together to make this program a reality.”

Starting on June 1st, and running throughout the summer, Lights on Kingston will be held at Kingston High School. The new initiative will run Fridays from 6:00-10:00 p.m. and will feature a variety of programs from basketball, dance activities, video games, and more in a safe environment. Local restaurants have agreed to provide food to participating students. The program will be led in partnership with the Kingston School District, the City of Kingston, Harambee, and the Ulster County Youth Bureau with $45,000 of funding coming from Project Resilience.

Additionally, County Executive Ryan announced that $240,320 will be used to participate in The Gun Involved Violence Elimination (GIVE) initiative, which works to reduce gun violence and save lives in communities with high rates of firearm-related violence across the state. The initiative targets 17 counties outside of New York City reporting high rates of shootings and violent crime outside of the five boroughs and provides state funding to 20 police departments, district attorneys’ offices, probation departments and sheriffs’ offices in Albany, Broome, Chautauqua, Dutchess, Erie, Monroe, Nassau, Niagara, Oneida, Onondaga, Orange, Rensselaer, Rockland, Schenectady, Suffolk, Ulster and Westchester counties. Those agencies use the funding for equipment, overtime, training, technical support and personnel, including crime analysts and prosecutors.

Agencies participating in GIVE must design a gun violence reduction plan that employs at least two of the following evidence-based strategies: hot-spots policing, focused deterrence, street outreach and crime prevention through environmental design. Participating agencies must also integrate procedural justice into their plan in an effort to foster trust and respect among individuals and communities with the law enforcement professionals who serve and protect them.

Since the fall of 2019, the City of Kingston has seen six fatal shootings. Sunday’s shooting resulted in the death of a 38-year-old man in Midtown. Last Friday, a 19-year-old succumbed to his wounds after he tragically accidentally shot himself on Thursday, March 18th.