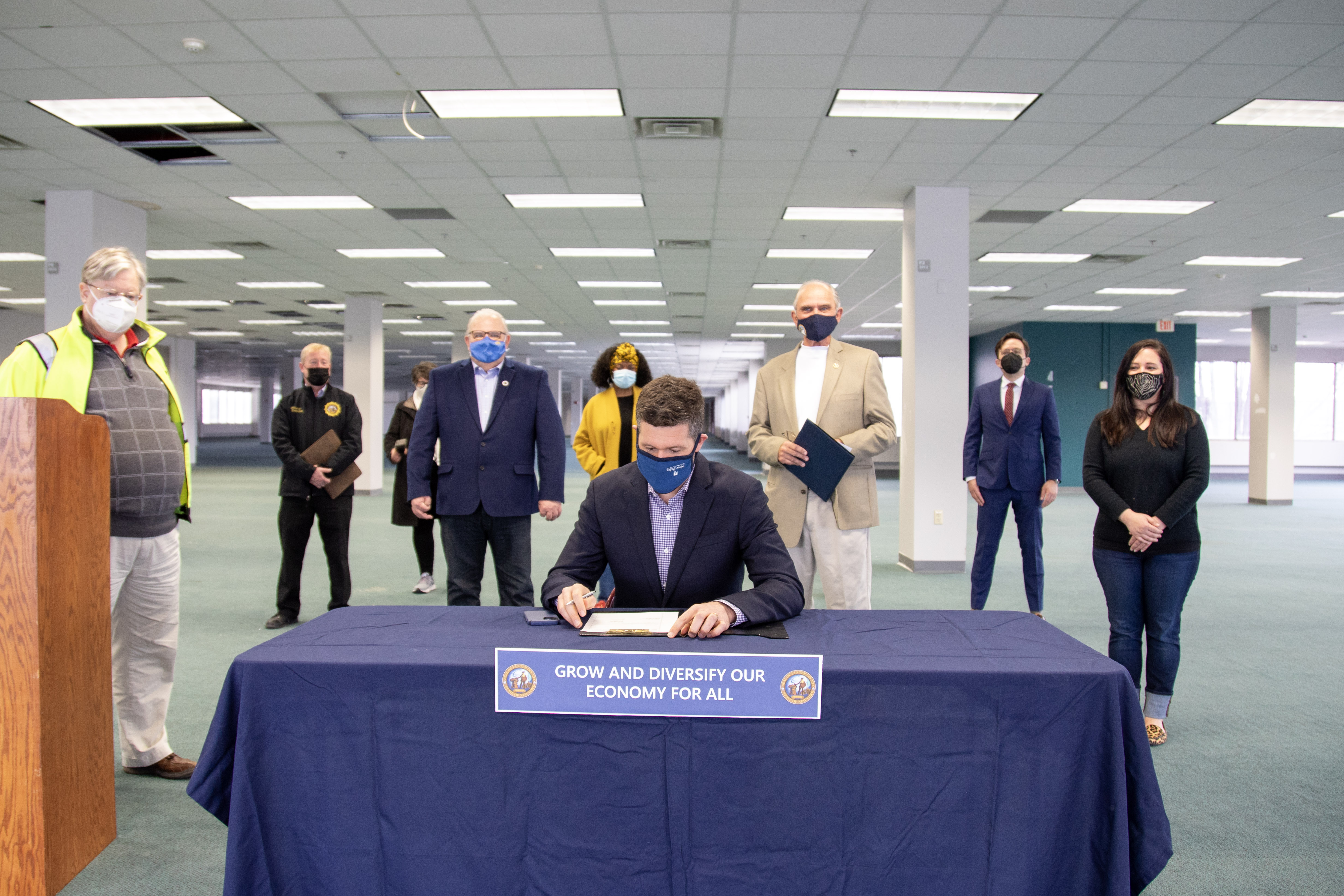 The move will allow for the once dormant site to again become an area of economic activity for Ulster County.

Earlier this month, Ulster County received twenty-two responses to its request for ideas to redevelop two parcels on the west side of the former IBM campus.

"Today, we finally took a major step in converting a building that has long represented the shell of past economic success into the centerpiece of our future people-centered economy of tomorrow,” County Executive Pat Ryan said. “As we begin to emerge from the pandemic, Ulster County will rebuild better and stronger. The interest that we have already seen in this location are just the first signs that through leveraging our resilience, and leaning into the energy and creativity of our community, we can once again rely on this location to provide jobs and opportunity for our community.”

“I want to take this opportunity to thank County Executive Ryan and the County Legislature for taking this step forward and providing the economic development process in the Town of Ulster a ray of sunshine in the future repurposing of the Bank of America Building,” Town of Ulster Supervisor Jim Quigley said.“The Town of Ulster looks forward to working cooperatively on the redevelopment of this key property.”

“It is encouraging to see this next step coming to fruition,” Chair of the Economic Development, Tourism, Housing, Planning and Transit Committee Legislator Brian Cahill said. “Partnering with the Executive and his staff has been an example of what can be accomplished when Elected officials work together on a shared vision. In 12 short months, we went from an idea to today's handing off the reins to UCEDA with the hope of turning this long dormant parcel into an engine of the local economy.”

“This is an exciting step which brings us closer to allowing Tech City to once again, be an important driver of our local economy,” said Ulster County Legislative Chairman Dave Donaldson. “I want to thank County Executive Ryan for his partnership with the Ulster County Legislature and look forward to working together on the redevelopment of this property to support necessary economic development for our County.”

The two County-owned parcels comprise over 80 acres of land and a 400,000 square foot office building that was last used in 2015 as a tax processing center by Bank of America. The transfer, proposed by the Ulster County Executive and approved unanimously by the Ulster County Legislature, will allow for the marketing of the property.

Earlier this month, Ulster County announced that more than 20 proposals were for the redevelopment of all or part of Enterprise West, including five to purchase some or all of the site, 11 to rent or lease some or all of the site, and 12 to provide services to assist the county in redeveloping the site. Proposals ranged from a satellite college campus, arts and maker space, and agricultural manufacturing facilities

Ulster County took ownership of two parcels on the west side of Enterprise Drive in November 2019 due to nonpayment of property taxes by TechCity.