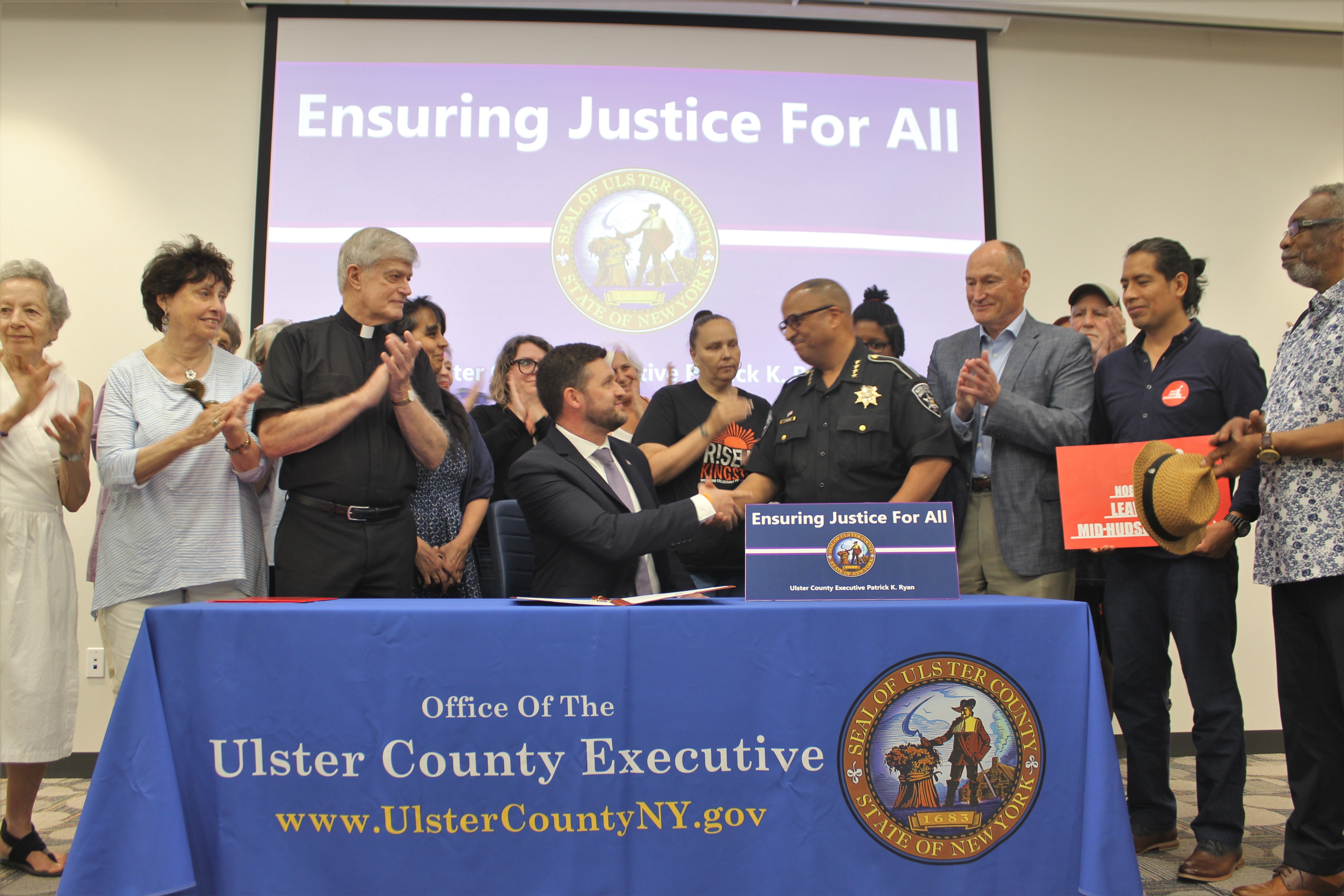 In addition, the Executive Order directs employees not to comply with administrative warrants, which do not carry a judge’s signature and have become a common vehicle for ICE and CBP officers to bypass the right to due process afforded under the U.S. Constitution to all residents regardless of immigration status.

County Executive Ryan was joined at the signing by Sheriff Juan Figueroa, who announced that he has taken similar steps to direct employees of the Sheriff’s Office in their collection and dissemination of information about immigration status.

“In response to escalating rhetoric from federal immigration officials, and in anticipation of mass deportation raids that are reminiscent of our nation’s darkest periods of xenophobia, I feel compelled to respond and to defend the values that make Ulster County so great,” said Ulster County Executive Pat Ryan. “We are a nation of immigrants, and here in Ulster County we recognize and appreciate the contributions that past waves of immigrants have made to the communities we call home. The current narrative coming from the White House seeks to put anger and fear in the driver’s seat when it comes to immigration, but in Ulster County, we know that compassion, respect and justice are the proper pathways to a stronger and healthier community. This Executive Order ensures that we all continue to uphold those values in order to ensure that all residents are treated equally and with the respect and legal protections they deserve, regardless of their immigration status.”

“These orders are about due process and protecting the rights of people who are arrested or detained. Everybody has the right to go before a judge and jury,” said Sheriff Juan Figueroa. “I am a big supporter of the Constitution, and I represent the people of this County, not the interests of our federal immigration officials.”

“To fail to respond when confronted with immoral and inhumane acts is to be complicit; to pretend it is not our problem is to deceive ourselves. The people of this County made a difference by electing Juan Figueroa as Sheriff and Pat Ryan as County Executive, and they are making a difference through the ICE non-cooperation policy that they announced today,” said Father Frank Alagna, Priest in Charge at Holy Cross/Santa Cruz Episcopal Church and one of the founding members of the Ulster Immigrant Defense Network. “I commend them both for their leadership, and thank them for having the courage to take action.”

Key provisions included in Executive Order No. 2-2019 are summarized below: 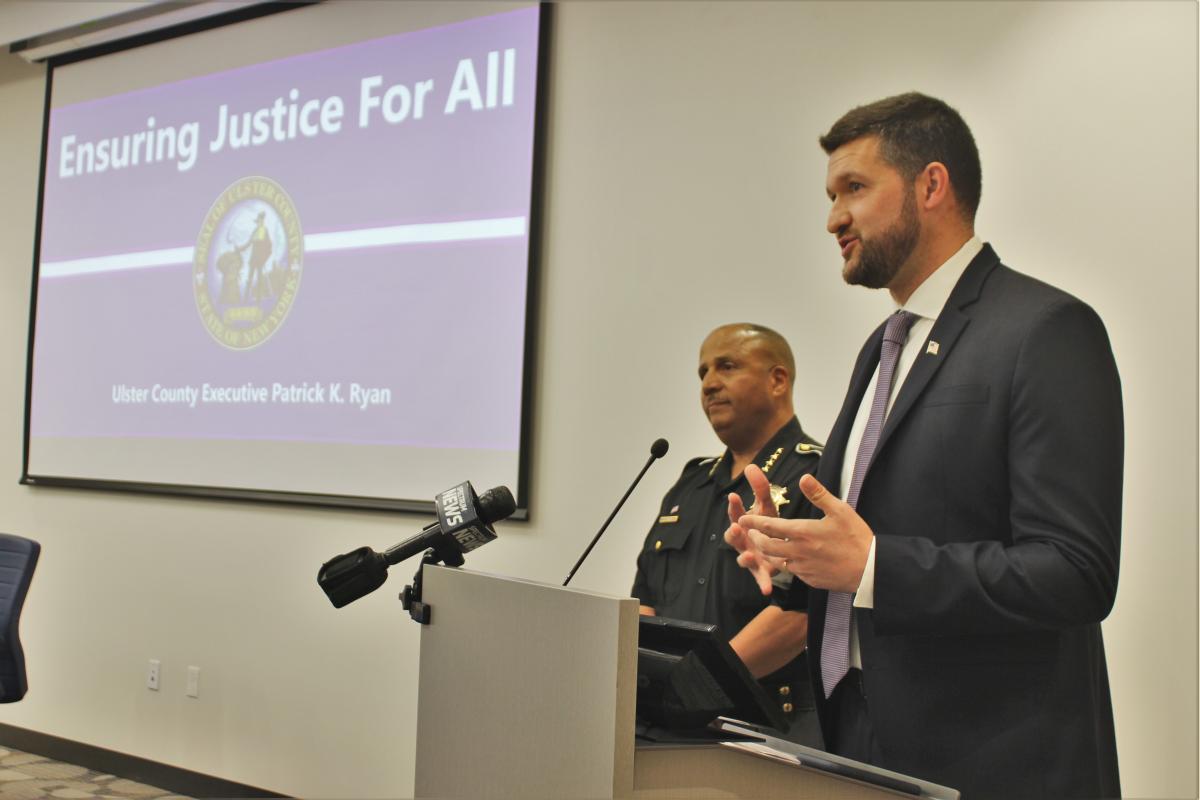