Home > Department of the Environment

GREENER BY DESIGN is an initiative through which the County has sought ways to substantially reduce the environmental footprint and increase the sustainability of county government operations. Greener By Design projects:

Ulster County’s Carbon Footprint Reduction Program was developed by the Ulster County Department of the Environment in order to reduce the environmental footprint associated with municipal government operations. The implementation of this program has successfully reduced energy usage and cost, improved operational efficiency and helped to mitigate climate change by offsetting carbon emissions where emissions are not presently avoidable. Ulster County is the first and only county in the State of New York to achieve carbon neutrality for municipal government operations. The County's Carbon Footprint Reduction Program was awarded the 2015 Achievement Award from the National Association of Counties (NACo) for County Resiliency and Sustainability. 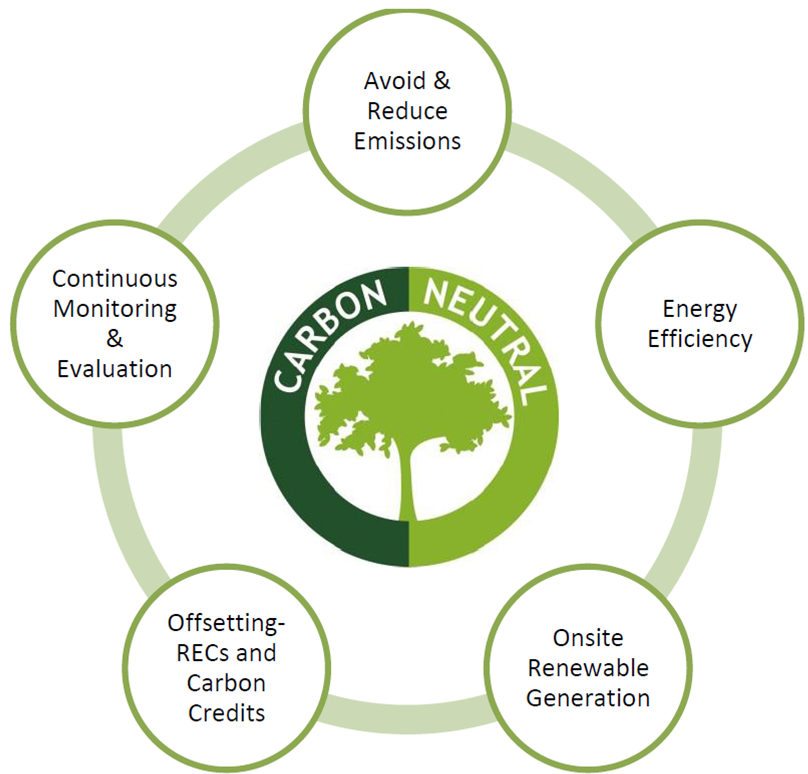 GREENER BY DESIGN Projects Include:

Renewable Electricity- As directed by Executive Order 1-2019, Ulster County purchases 100% green power through a combination of renewable energy certificates, community distributed generation contracts and power purchase agreements. The United States Environmental Protection Agency (EPA) named Ulster County as one of the leaders in green power use and environmental sustainability, most recently ranking the County as the 26th largest green power user on their 'Top 30 Local Government’ list, which represents the 30 largest green power users among local governments in the Nation. In addition, the County was recognized as a 2015 Green Power Purchasing leader by US EPA. Ulster County also received the National Association of Counties (NACo) 2015 Achievement Award for the “County Footprint Reduction Program” which was designed to reduce Ulster County’s carbon footprint, achieve carbon neutrality in a fiscally responsible way, and serve as a model and guide for other local governments to follow in the pursuit of carbon neutrality as well as taxpayer and operational cost savings.

Electric Vehicle Charging Stations- Ulster County currently hosts a network of seventeen (17) charging stations throughout the County. The stations are powered by 100% renewable energy and are available to Ulster County fleet vehicles in addition to employees, residents and the general public (free of charge for non-commercial use, courtesy of the Ulster County Regional Chamber of Commerce).

Biodiesel Use by Ulster County Area Transit (UCAT) Buses - All public transit buses have been converted to a B5 biodiesel blend, which reduced Greenhouse Gas emissions (CO2E) by over 36 metric tons in 2018.

Compost-  Ulster County was awarded a $261,000 grant from the NYS Regional Economic Development Council (2016) to expand and improve the operation and commercial viability of the composting facility at the Ulster County Resource Recovery Agency (UCCRA) in Kingston, NY. This funding will provide compost bins for commercial customers, identify and map food service operations and institutional generators within the UCRRA service, purchase and install a bagging machine to increase the marketability of finished compost, and establish a pilot organics recovery program at the Ulster County Law Enforcement Center.

Some of the Environmental Awards and Recognition Received by Ulster County Include:

Click on the map icon above to plan your outdoor adventure